“The request came to me,” says Decom’s Account Manager Tom Prevoo. TWS were looking for an engineer for a couple of weeks in the summer. A short project, but that didn’t make finding a good candidate for it any less important. Decom receives a lot of requests for site engineers. This means that there are also a lot of people with these specific qualities in the Decom network.

Since every company is different, Tom likes to visit clients. “That way you can see what the office looks like and the kinds of people who work there.” With a sense of the company culture, Tom can also explain the type of person we are seeking for a role more clearly to recruiters.

Tom: “Because not everyone is suitable. Alongside the hard requirements, whether or not a good match on a personal level is also very important. For twenty equivalent positions, twenty different people may be the most suitable.” People work hard at TWS, but there is also a somewhat informal culture, Hilbert seemed to be the most suitable person for the role.

''For twenty equivalent positions, twenty different people may be the most suitable."

In the first instance, TWS Group was looking for an antenna builder. As Hilbert Bramer had carried out excellent work for Ericsson through Decom, Decom decided to put him forward. Hilbert turned out not to be quite right for that position, but on a personal level it was a good match. TWS said they would let him know if a role that suited him better came up. Hilbert: “They called me only a week later, to ask whether I was interested in work as a site engineer. It was an easy decision.” 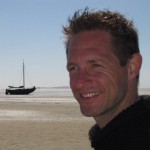 It turned out to be a perfect match. TWS is happy with Hilbert, and Hilbert is happy with TWS. “That’s nice to see,” says recruiter Daisy de Laat, who suggested Hilbert for the role. In Hilbert’s first week working there, Daisy was in contact with him over the phone: “We always do that. Just to find out how it’s going.” Luckily he was enjoying it very much. After this initial contact, Field Coordinator Natascha Brouns took over.

A couple of weeks later, Hilbert’s project was extended. Instead of the couple of weeks that it was initially planned to last, the project will now last at least six months. The contacts responsible for this at TWS have also indicated that they are so pleased with Hilbert, they want to keep him on at the end of the project.

Hilbert is positive about Decom: “They really are the specialists in the mobile telecoms sector. They have true expertise. I think that’s great. Specialists like me really need these kinds of companies. It saves me a lot of time and effort. And now I’m enjoying my work!”

Curious about our HR solutions?