Barry Möller has been permanently employed by Decom since 2011. His first position was project manager at Ericsson. Years before, Barry had hinted at Daan van Mosselveld, who knew each other from their work at various locations, that he was ready for the next step: “I wanted to sit on the other side of the table, as the bidder.”

Years later Daan called him, Barry recalls: “He asked whether I still was interested.  And I definitely was.” Barry could start as a construction project manager at Ericsson. A great opportunity: “It was a fun challenge to take on a management position in the business I had worked in for so long.” 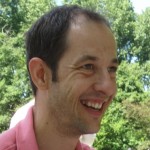 "He asked whether I still was interested. And I definitely was."

Soon it became clear that Barry had more to offer. He grew into the position of cluster coordinator. He worked on a project of converting 3500 locations to Ericsson equipment, where he was responsible for the documentation that had to comply with the stringent demands of end user. This role suited him well: “With previous clients I worked in a different role on the same projects. I also had ideas on how to improve things, but there was no room for change.”

Barry had more opportunities in his role as coordinator: “You are expected to be more proactive in that role. The feeling that I, as an outsider, could really contribute to the success of the customer gave me a lot of satisfaction.”

Daan was pleased with Barry’s development: “As a consultant you need to be flexible and have good communication skills. Barry has consciously chosen that path and also has the qualities to pursue it.”

When the project was being finalized at Ericsson, Daan went looking for a new job for Barry. He suggested him at another company: “They already knew him from working in the business, and said that he could start tomorrow,” Daan recalls,” there wasn’t really a vacancy or clear-cut job description, but they did have a project that his knowledge and experience could serve well.”

"If both Decom and the client have faith in the match, then so do I.”

Barry made another substantial promotion; this time he became delivery manager. Barry remembers that the confidence instilled in him by Decom had made him take the job: “It felt like a big step, which made me a little apprehensive at the start. But if both Decom and the client have faith in the match, then so do I.” That estimation proved correct, since the position suits Barry perfectly.

A good career for an ambitious employee. And if that involves further schooling, Decom can help, Daan emphasizes: “We like to offer someone like Barry good training and courses. He is a great ambassador for our company, and we like to invest in our people.”

"He is a great ambassador for our company, we like to invest in our people."